Effects of Glucan on Respiratory Illness

How does the immune system defend the body?

It is every human’s instinct to protect its own. From the second you were born, you were cradled and protected by your mother. And as you grew, so did your immune system, your body’s natural defense.

The immune system is a series of cells, tissues, and organs that work together to defend the body against ‘foreign invaders’. These invaders are usually microbes such as bacteria, viruses, parasites, and fungi that cause infections. When these infectious organisms invade your body, the immune system defends your body and heals itself.

How does the immune system defend the body?

The body has two defense mechanisms: the innate immunity and adaptive immunity.

Innate immunity is the barriers of the body against infection that we are born with. These are the skin, the acid in stomach, tears, mucus in the mouth and nose, and the cells in the blood stream that can destroy bacteria. Innate immunity is the first-line of defense against invaders. The two key first-line defenders are phagocytes (macrophage) and natural killer (NK) cells. When bacteria try to invade the body, phagocytes and NK cells identify, absorb and destroy the bacteria.

However, some bacteria are cleverly disguised, and the first-line defenders are not able to identify and destroy it. This is when the adaptive immunity comes into place. B and T cells are the main players of the adaptive immunity. When bacteria survive against the macrophage and NK cells, B cell produces antibodies that attach themselves to the bacteria. This attachment will make the bacteria identifiable to the macrophage and NK cells, which then destroys it.

In addition, adaptive immunity is the concept behind immunization or vaccination. By adapting to specific bacteria or virus, the body becomes immune to infection caused by the same bacteria. Upon vaccination, the body prepares antibodies against specific disease so it can prepare for a possible infection in the future.

Balancing the Immune System with Immunomodulators

Beta-glucan is the most known immune stimulant. It is a natural polysaccharide from a variety of plants such as oats, barley and seaweed. Among the various sources, Saccharomyces cerevisiae or baker’s yeast has been studied expansively for its immunomodulatory potential. However, beta-glucan derived from yeast has low solubility and makes it difficult to be absorbed.

In addition, CM-glucan also enhances the antioxidant and immunomodulation properties of beta-glucan since it can cross the gastrointestinal wall without causing damage to the digestive system.

The properties of beta-glucan as mentioned above have been observed in a variety of conditions: as an antagonist to benign and malignant tumors, an immunonutrient for athletes, and an adjuvant treatment for respiratory infection, allergic rhinitis and stomatitis. It also lowers cholesterol and triglyceride levels, normalizes blood sugar level, and heals and rejuvenates the skin. Aside from being an immunostimulant, beta-glucan also possesses a broad anti-infective property against Staphylococcus aureus, Escherichia coli, Candida albicans, Pneumocystis carinii, and others. This property is especially advantageous in the Philippines since seven out ten of the leading causes of illness in our country are due to infections.

A study by Talbott S and Talbott J (2010) compared the use of placebo and glucan in moderately-to-highly-stressed patients for symptoms associated with respiratory infections and physiological well-being. The patients using glucan reported fewer symptoms of respiratory infection, better overall health, increased vigor, and decreased tension, fatigue and confusion compared with placebo.

The maintenance of immune function is linked with improved mood state, reduced fatigue, and increased vigor in athletes. A study by Richter et al (2015) concluded that short-term oral use of beta-glucan encouraged better physical endurance in children with respiratory problems and enriched their mucosal immunity.

With the threat of respiratory infections in our country, it is important to provide our body with the proper defense mechanism to ward off possible infections and complications. The use of CM-glucan as immunostimulant gives us that added boost that our body needs to keep us healthy and well. 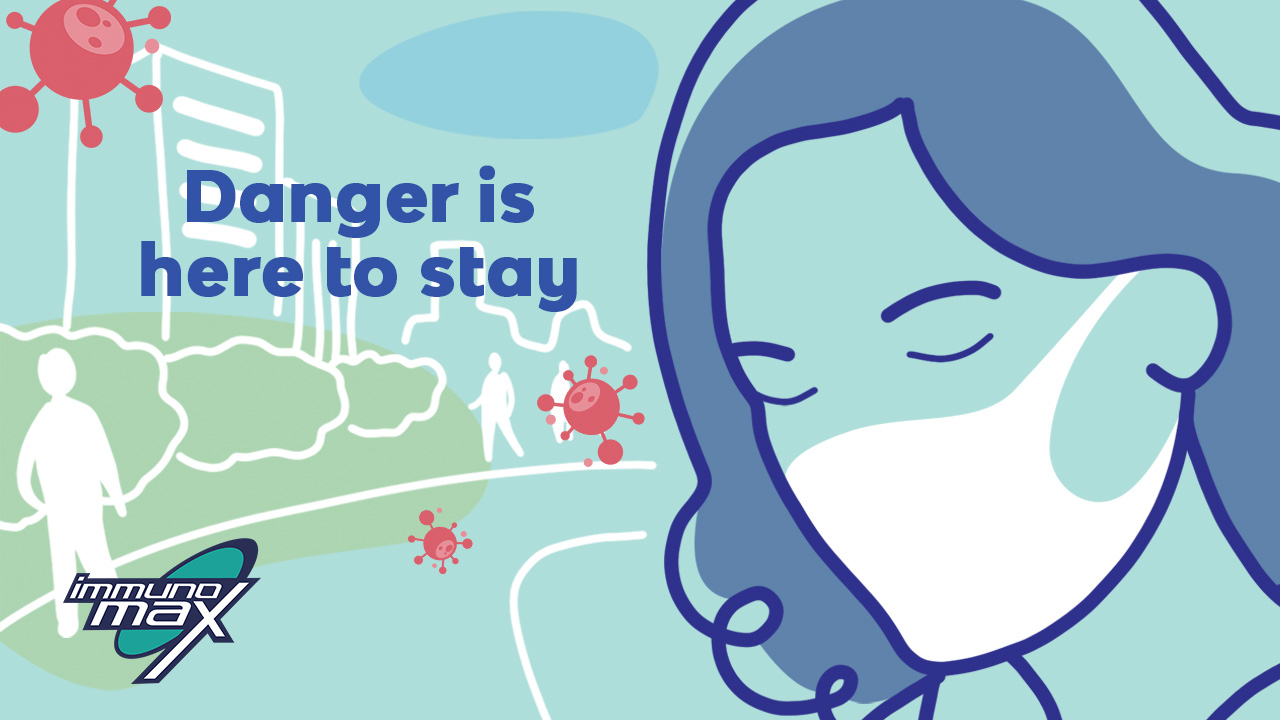 Together Forever: Living with Threats

Health threats will always emerge and evolve into something either less dangerous or deadlier than ever and it is up to us on how we are going to live with them. 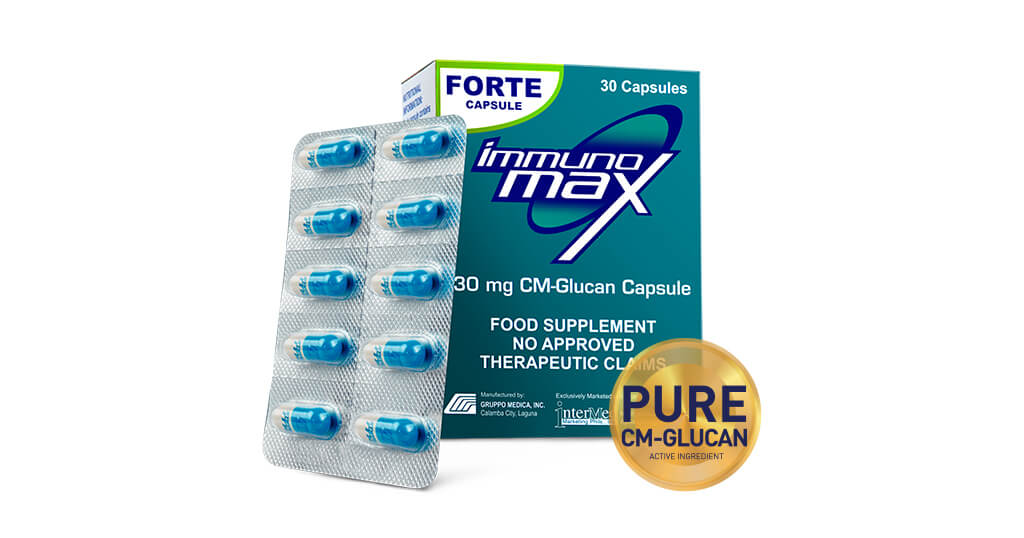 An imbalance in the body’s immune system could be the root of many disorders. For people with asthma and allergic rhinitis, the immune system can be overreactive. This means it overdoes the defense strategy, causing unnecessary inflammation and production antibodies that may harm even healthy cells.

Help your body protect itself from the 21st century diseases

Are you stressed by long work hours, pollution or traffic? these factors cause imbalance in our immune system and lead to different kinds of sickness. Find out how an immunomodulator helps balance your immune system.

Learn about the newest threat to our health :21st century diseases

Do you ever feel tired for no reason? Maybe your immune system in imbalanced.

Keep your immune system healthy with ImmunoMax, the country’s first source of pure CM-glucan immunomodulator in the Philippines.

Got questions about ImmunoMax? We’d love to hear from you.

Start typing to search the site...